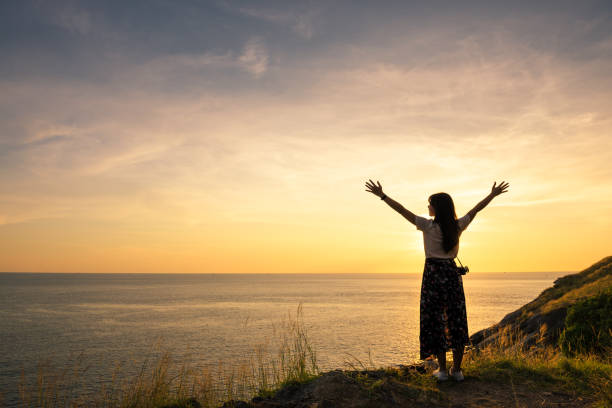 Iniquity can be defined as a behaviour or conduct, that is un -Christlike, meaning a behaviour that you do not expect from somebody who has the holy spirit

There are certain things done by people of God, and people get a shock for example.

You hear statement, but how can this be, I thought he or she is a man or woman of God

This manifest in a form of evil, immorality, crime, or injustice.

For example, have you been trained to hate, where does it come from?

You never attended a university of hatred, or……….

These behaviours, whether you agree or not is prevalent among believers. It is happening, is there, it is within you as a well kept secret.

Even if we don’t see it, you feel it and most of the times it is supressed within you because we know, it is not Christ like and therefore can no be allowed, at least not openly.

It is disapproved in societies and communities we live in; and therefore, brings shame and rejection and very scandalous to say the least.

It is amazing, when you see a child been born, they are so innocent and sweet.

As they start to grow a little, they start to tell lies, start stealing sugar and some will surprise you when they use vulgar language. There is a natural easiness

They remember all the bad words and struggle to remember words from the bible, that is iniquity within.

Moses, the bible says he was the meekest man ever to live

You need introspection and to be honest with yourselves. Look within, there must be something

How do you describe a situation, a person clever as they can ever be?

Knowledgeable and well informed and yet drinking and destroying their lives with dangerous drugs knowingly that it will lead to death.

Something is in you that is the cause called iniquity.

Even if you cannot read, dangerous pictures are displayed on top, yet a person willingly buy to consume this dangerous product

when things are good and going well -pray against the spirit of iniquity, because it is there and want to compete for your soul. Math 26:41

when things are not well pray against the spirit of iniquity, it like to hide and surprisingly manifest when you least expect it to happen. Galatians 5:17

It is a very subtle spirit and very dangerous.

It manifest suddenly un announced to cause havoc or down fall.

What is important to note in this scripture, is the son Rehoboam paying for the iniquity of his father Salomon.

The son having troubles he did not cause but troubles that has been transferred to him without knowing.

Rehoboam was made king, replacing his father Salomon, but what he did not know is that the iniquity of his father was waiting to bring his downfall.

It started with people who pleaded with Rehoboam to be good to them and be different from the mistakes of his father.

Rehoboam requested the people to go and come back after three days for an answer, while he gets council.

The old man gave council for Rehoboam to secure and establish his rulership and kingdom.

They advised that if he will serve and do good to them, the people will be his servants for ever.

Rehoboam however did not take the best council that could establish him.

He opted to listen to childhood friends advise that brought about his downfall and rejection.

Why was the wrong advice sweet to him to follow?

Did he not want his kingdom to be peaceful and secure?

The people did not even wrong him in any way, to argue that maybe he was taking revenge.

The spirit of iniquity will make you to take wrong decisions even against yourself.

Iniquity has most of the time an element of feel good enjoyment attached to it.

You will thing doing it will make you feel better.

You choose to destroy your body with alcohol and drugs and only to regret later when on the sick bed.

You choose to sleep around and get all sexually transmitted deceases and only to regret later when you are in pain.

You will choose to fight rather than resolving issues in a peaceful manner. Fighting is hard work in itself.

You choose to enjoy bad gossips rather than to preach Christ and win souls that has an everlasting reward.

Jeroboam with the background from a servant could also not escape the spirit of iniquity.

Jeroboam new that it was not his own making to be made king over Israel.

But iniquity in him brought fear in his heart, he was afraid that one day the people will rebel against him and go over to Rehoboam.

He did not acknowledge that him to be come a king over Israel was because of God.

Jeroboam made something terrible in the eyes of the Lord, when he decided to make two calves for the people to worship.

He thought that if the people get busy to worship calves, will hinder them from going to Rehoboam and that he will lose influence and control

The power of iniquity does not bring about righteousness, but what it does is bring separation and rejection with God.

What is it that you are fearing in this world and at the same time know you are promoting iniquity?

What is it that makes you angry and at the same time promoting iniquity?

What is it that you are enjoying, but at the same time promoting iniquity?

Tell your neighbour, you know, fight it with prayer today.

Never underestimate the power of iniquity, even if you are in church

This scripture is talking about someone given to prayer.

Iniquity does not respect your office; it can hit when you less expect

Abraham was a great man of God, but he was not free from it

Iniquity of your forefather can transfer, let us put emphasis on that

The alcoholism you are struggling with, somebody in your lineage maybe had the same struggles.

The lies you cannot stop telling, maybe somebody in your lineage was never interested in truth.

The adultery that is always on your mind, it could be with your forefathers, it was a strong hold.

All this must be broken now that you are aware

And to break all others that you do not know off, thank God the Holy Spirit knows.

After God has finished speaking to Cain, will you like to marry his daughter, or son for example

Do you want to be a son in law of Cain for example?

The curse might be prevailing, unless they are born again and accept the Lord Jesus who make all thigs new in a positive way.

My family, your family our families are our responsibility

It is expected that every child of God should have a an alter to offer prayers and fight iniquity in our families. The bad habits and traits

In some families, is bloodshed, people committed murders and blood is crying out. It could be your father was a soldier, or abortion somewhere has been committed.

The blood of Jesus must be used to silence the blood crying out for revenge, now that you are born again you should not joke.

The spirit of iniquity can be there by legal covenant sometimes, somebody in the family who went to form a pack and covenant all in the family to dark powers.

Can this abomination be done by adults?

In Namibia, the crime of human body mutilation is on the increase now.

Even if it is motivated by monies, do you even enjoy an income from such a terrible act.

Do you sleep normal and you wake to talk and laugh to people looking like those you have murder.

The iniquity of Achan caused Israel fist and later his entire family was wiped out.

In your family, take time to pray for yourself today.

Take time to pray for your spouse today.

Take time to pray for your children, especially the children, help them because they cannot pray for themselves at this stage.

Iniquity is a clever demon, and every child of God need to be aware.

Inequity is a spirit, that hides in families and its role and intention is corrupt and advance sin, wickedness and immorality.

Where does God wants to see his children

To be perfect like God for God is perfect.

God wants mankind, believers to reach a level of perfection

The spirit of iniquity has a mission to make people to remain lacking.

So it is a fight you should not take lightly because it fights you from within.

For example some sins look so innocent such as in James 4:17

What you need to remember is that iniquity separate from God

Jesus came to this world, suffered, beaten, died and rose again to destroy the power of iniquity in us.

Jesus brought the ministry of reconciliation to reconcile us back to God by his blood.

Today iniquity in our lives must be destroyed

He came from heaven to earth, to show the way

Iniquity in my life you have to die today, by fire by force-in the name of Jesus

Iniquity of my father’s house, my life, my children are not your candidates, die in the name of Jesus

Iniquity in my family die in the name of Jesus

Iniquity in this nation, die in the name of Jesus