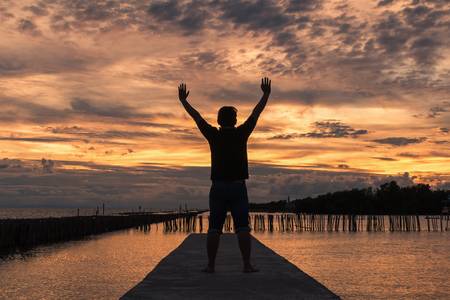 God is a man of war.

Then if you belong to God, it means you must fight alongside God in the wars God has to fight in your best interest.

Don’t refuse to join the army of God and if you are born again, automatically you are part of it.

Life in Africa before

But nevertheless, spiritual abuse from the devil and his followers have not stopped, unless you a seasoned soldier of Jesus Christ

If God is to show you all negative traits in the people even among us, you will be amazed.

Discouragement, weariness, those who are fearful, frustrations in marriage.

All these are not strange but so common to men in this world.

Not because Christians do not know how to deal with these things.or

to say People are no more interested in continuing living in this world.

Rather people choose to live with these setbacks through life.

Our background and environment did not shape us to live otherwise.

People including Christians are not willing to battle and fight and win.

But sometimes people battle all the time on a defensive mode.

For example, if you ask a discouraged person to just die and go to heaven just because life is not giving him or her the best -that person will run, nobody is ready depart to heaven yet.

Blessed be the Lord my strength. Which teaches my hands to war and my fingers to fight.

David was a warrior who conquered, and he was satisfied with life

In the book of Judges 7:1-3 we see a perfect example of people God did not like to be part of His army.

Do not you ever think that you are the only ones God is recruiting to join His army.

So, what are we saying, life is a battle?

Life is all about fighting and there is nothing you can do about that.

The only choice you have is to choose whether you want to win or want to lose in life.

To get a job is a fight, to keep a happy marriage and home you need to be a fighter.

Even to sleep peacefully is a fight, if you don’t wrestle they will not allow you to sleep

In fact the enemy like robbing people while man is sleeping Math 13:25

The story of Jabes

Jabes needed to fight his foundation, where everybody else has failed

The art of the Christian war

Know the word and learn from Jesus the art of war.

Jesus will always say it is written, using, and quoting the word. Math 4:4

That is the reason that a soldier of God, be in your regalia.

God gave uniform and weapons for war to His army.

Rejoice in the Lord -the army is not complete if there is no department of singers.

Learn the art of praisng God in battle, a seasoned soldier must know how to praise God

The world is changing fast and affecting and impacting negatively on many.

We must stop thinking how weak and vulnerable we are

Feeling weak and useless is not from God.

Brave warriors’ names are on record in the word of God -the bible.

These are brave soldiers recognised for their bravery.

Soldiers who trusted in God and God wrought victories through them.

You need to make up your mind and act like a soldier in life, you are not a civilian.