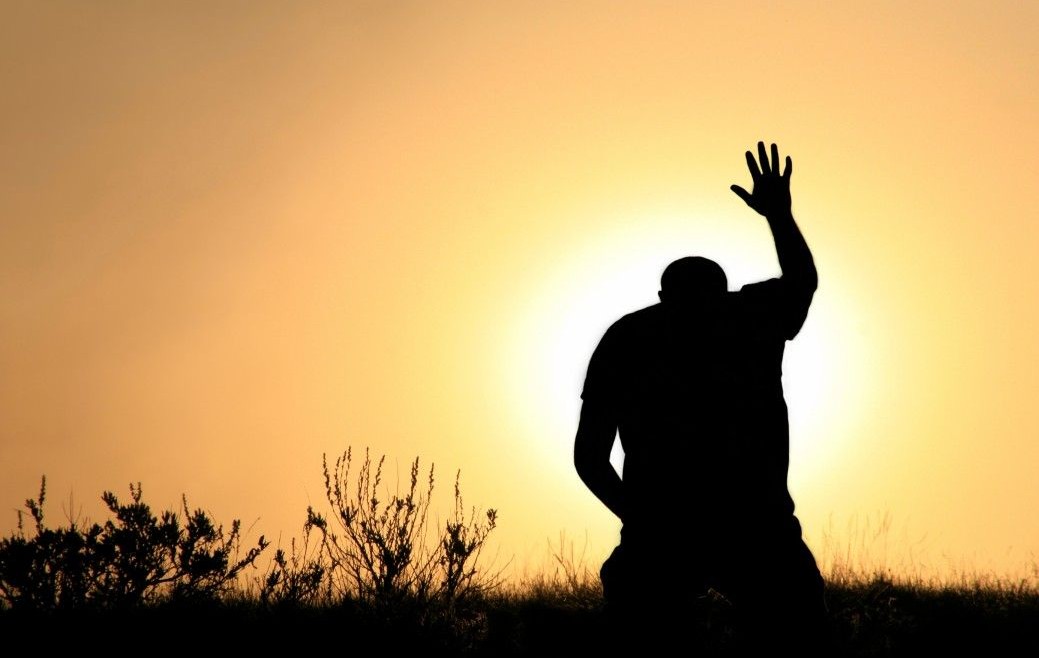 And it came to pass, when men began to multiply on the face of the earth, and daughters were born unto them,

2 That the sons of God saw the daughters of men that they were fair; and they took them wives of all which they chose.

3 And the Lord said, My spirit shall not always strive with man, for that he also is flesh: yet his days shall be an hundred and twenty years.

4 There were giants in the earth in those days; and also after that, when the sons of God came in unto the daughters of men, and they bare children to them, the same became mighty men which were of old, men of renown.

5 And God saw that the wickedness of man was great in the earth, and that every imagination of the thoughts of his heart was only evil continually.

6 And it repented the Lord that he had made man on the earth, and it grieved him at his heart.

7 And the Lord said, I will destroy man whom I have created from the face of the earth; both man, and beast, and the creeping thing, and the fowls of the air; for it repenteth me that I have made them.

8 But Noah found grace in the eyes of the Lord.

9 These are the generations of Noah: Noah was a just man and perfect in his generations, and Noah walked with God.

11 The earth also was corrupt before God, and the earth was filled with violence.

13 And God said unto Noah, The end of all flesh is come before me; for the earth is filled with violence through them; and, behold, I will destroy them with the earth.

37 But as the days of Noah were, so shall also the coming of the Son of man be.

38 For as in the days that were before the flood they were eating and drinking, marrying and giving in marriage, until the day that Noe entered into the ark,

39 And knew not until the flood came, and took them all away; so shall also the coming of the Son of man be.

Destroy, O Lord, and divide their tongues: for I have seen violence and strife in the city

12 For he shall deliver the needy when he crieth; the poor also, and him that hath no helper.

13 He shall spare the poor and needy, and shall save the souls of the needy.

14 He shall redeem their soul from deceit and violence: and precious shall their blood be in his sight.

Truly God is good to Israel, even to such as are of a clean heart.

2 But as for me, my feet were almost gone; my steps had well nigh slipped.

3 For I was envious at the foolish, when I saw the prosperity of the wicked.

4 For there are no bands in their death: but their strength is firm.

5 They are not in trouble as other men; neither are they plagued like other men.

6 Therefore pride compasseth them about as a chain; violence covereth them as a garment.

7 Their eyes stand out with fatness: they have more than heart could wish.

8 They are corrupt, and speak wickedly concerning oppression: they speak loftily.

9 They set their mouth against the heavens, and their tongue walketh through the earth.

10 Therefore his people return hither: and waters of a full cup are wrung out to them.

11 And they say, How doth God know? and is there knowledge in the most High?

12 Behold, these are the ungodly, who prosper in the world; they increase in riches.

13 Verily I have cleansed my heart in vain, and washed my hands in innocency.

Enter not into the path of the wicked, and go not in the way of evil men.

16 For they sleep not, except they have done mischief; and their sleep is taken away, unless they cause some to fall.

17 For they eat the bread of wickedness, and drink the wine of violence.

2 But your iniquities have separated between you and your God, and your sins have hid his face from you, that he will not hear.

3 For your hands are defiled with blood, and your fingers with iniquity; your lips have spoken lies, your tongue hath muttered perverseness.

4 None calleth for justice, nor any pleadeth for truth: they trust in vanity, and speak lies; they conceive mischief, and bring forth iniquity.

5 They hatch cockatrice’ eggs, and weave the spider’s web: he that eateth of their eggs dieth, and that which is crushed breaketh out into a viper.

6 Their webs shall not become garments, neither shall they cover themselves with their works: their works are works of iniquity, and the act of violence is in their hands.

7 Their feet run to evil, and they make haste to shed innocent blood: their thoughts are thoughts of iniquity; wasting and destruction are in their paths.

8 The way of peace they know not; and there is no judgment in their goings: they have made them crooked paths: whosoever goeth therein shall not know peace.

9 Therefore is judgment far from us, neither doth justice overtake us: we wait for light, but behold obscurity; for brightness, but we walk in darkness.

10 We grope for the wall like the blind, and we grope as if we had no eyes: we stumble at noon day as in the night; we are in desolate places as dead men.

11 We roar all like bears, and mourn sore like doves: we look for judgment, but there is none; for salvation, but it is far off from us.

13 In transgressing and lying against the Lord, and departing away from our God, speaking oppression and revolt, conceiving and uttering from the heart words of falsehood.

14 And judgment is turned away backward, and justice standeth afar off: for truth is fallen in the street, and equity cannot enter.

15 Yea, truth faileth; and he that departeth from evil maketh himself a prey: and the Lord saw it, and it displeased him that there was no judgment.

17 For he put on righteousness as a breastplate, and an helmet of salvation upon his head; and he put on the garments of vengeance for clothing, and was clad with zeal as a cloak.

19 So shall they fear the name of the Lord from the west, and his glory from the rising of the sun. When the enemy shall come in like a flood, the Spirit of the Lord shall lift up a standard against him.

20 And the Redeemer shall come to Zion, and unto them that turn from transgression in Jacob, saith the Lord.

ISAIAH 53;9  And he made his grave with the wicked, and with the rich in his death; because he had done no violence, neither was any deceit in his mouth.

Psalm 11:5 The Lord tests the righteous, but his soul hates the wicked and the one who loves violence.

Matthew 26:52-54 Then Jesus said to him, “Put your sword back into its place. For all who take the sword will perish by the sword. Do you think that I cannot appeal to my Father, and he will at once send me more than twelve legions of angels? But how then should the Scriptures be fulfilled, that it must be so?”

Isaiah 60:18 Violence shall no more be heard in your land, devastation or destruction within your borders; you shall call your walls Salvation, and your gates Praise.

Proverbs 3:31 Do not envy a man of violence and do not choose any of his ways,

Matthew 5:38-39 “You have heard that it was said, ‘An eye for an eye and a tooth for a tooth.’ But I say to you, Do not resist the one who is evil. But if anyone slaps you on the right cheek, turn to him the other also.

Romans 13:4 For he is God’s servant for your good. But if you do wrong, be afraid, for he does not bear the sword in vain. For he is the servant of God, an avenger who carries out God’s wrath on the wrongdoer.

1 Timothy 3:3 Not a drunkard, not violent but gentle, not quarrelsome, not a lover of money.

Titus 3:2 To speak evil of no one, to avoid quarreling, to be gentle, and to show perfect courtesy toward all people.

12 Then came also publicans to be baptized, and said unto him, Master, what shall we do?

13 And he said unto them, Exact no more than that which is appointed you.

14 And the soldiers likewise demanded of him, saying, And what shall we do? And he said unto them, Do violence to no man, neither accuse any falsely; and be content with your wages.

JER 22:3;17    Thus saith the Lord; Execute ye judgment and righteousness, and deliver the spoiled out of the hand of the oppressor: and do no wrong, do no violence to the stranger, the fatherless, nor the widow, neither shed innocent blood in this place.

And the word of the Lord came unto Jonah the second time, saying,

2 Arise, go unto Nineveh, that great city, and preach unto it the preaching that I bid thee.

3 So Jonah arose, and went unto Nineveh, according to the word of the Lord. Now Nineveh was an exceeding great city of three days’ journey.

4 And Jonah began to enter into the city a day’s journey, and he cried, and said, Yet forty days, and Nineveh shall be overthrown.

5 So the people of Nineveh believed God, and proclaimed a fast, and put on sackcloth, from the greatest of them even to the least of them.

6 For word came unto the king of Nineveh, and he arose from his throne, and he laid his robe from him, and covered him with sackcloth, and sat in ashes.

he decree of the king and his nobles, saying, Let neither man nor beast, herd nor flock, taste any thing: let them not feed, nor drink water:

8 But let man and beast be covered with sackcloth, and cry mightily unto God: yea, let them turn every one from his evil way, and from the violence that is in their hands.

9 Who can tell if God will turn and repent, and turn away from his fierce anger, that we perish not?

10 And God saw their works, that they turned from their evil way; and God repented of the evil, that he had said that he would do unto them; and he did it no

WHAT SHALL WE DO NOW?WE SHALL INTERCEDE AND CONFESS ALL THESE SINS BEFORE GOD ALMIGHTY

WE SHALL TRUST GOD FOR MERCY

AS WE GET RID OF CORONAVIOLENCE CORONAVIRUS WILL DISAPPEAR

AND TURN TO CHRIST