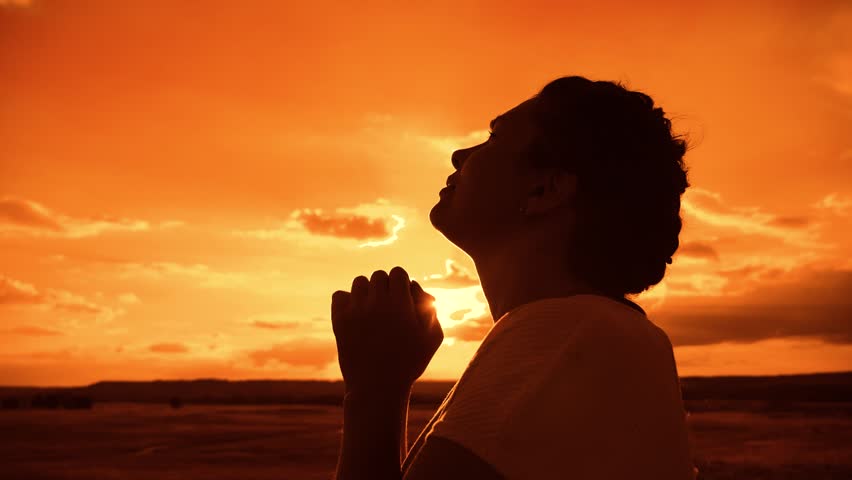 I was raped by a supposed friend (someone I thought I could trust). Left in shame and shock I could not tell anyone about my ordeal. I kept it to myself and went about my normal life.

Some weeks later after I came back from a vigil I started feeling weak so I went to a nearby hospital and ran some tests. To my greatest Shock I tested positive to pregnancy.

I told the man involved who after much plea convinced me to have an abortion which will be kept a secret.

I went in for an abortion however before the procedure I asked God to forgive me for what I was about to do and in the process I died, I left my body. Still looking at the lifeless form on the abortion table, I started ascending but in a flash a force pulled me down through a dark tunnel. I could not see the beginning or the end of the walls of the tunnel. It was dark, so dark, I saw cobweb like cells on the walls and in an instant I was in HELL.

I saw a woman who had been there for over a hundred years, she was in deep pain and agony, she would melt in the flames and the magma like liquid will come back together in the form of the woman. It occurred repeatedly. I knew I was in hell.

I began to burn and burn, I felt like pulling out my hair form its roots, because the pain was unbearable. It was as if my senses where magnified over a thousand times. The agony of the burns was not enough. The scream of people under the same torment was worse, it was so loud that I felt I would go deaf but they kept resonating in my ears.

I began to scream, the more I screamed the weaker I got but the screams only got louder while I was getting weaker. I gnashed my teeth but no form of all these expressions made me feel better…it only got worse, beyond description. I was in deep torment.

The worse feeling was not just the pain, the noise, the screams or the pungent smell. It was the feeling of HOPELESSNESS/TOTAL DAMNATION. I WAS CONDEMNED FOREVER. I knew I was in HELL forever and ever. There was no way out. I began to cry out to God for mercy.

At a point Jesus appeared and I wept the more. I asked Him to please give me one SECOND out of hell to just scream Jesus is Lord and die again. Jesus replied, “how many seconds are in a minute, how many minutes are in an hour, how many hours are in a day, how many days are in a week, how many weeks are in a month and how many months are in a year and how many years have you lived on earth?” I have given you all the seconds in your living years yet you failed me.

I wept more and asked Him to have mercy and please give me another chance to go and tell the world about HELL. I pleaded with the Lord to give me a chance even if I return to the world without my hands or my legs at least let there be breath in my nostrils. I had a better understanding of the adage that a living dog is better than a dead lion. I even promised to tell the world of my ordeal if He delivers my soul from the torment in HELL.

He replied,’ many have gone from here to tell them, what makes you think they will believe you but I kept pleading for a second chance and as I was weeping and gnashing my teeth.

Jesus had mercy on me but warned me sternly that if I did not preach I would end up in hell. He said, ‘tell my people to stop playing games with me’. At that point I woke up in the hospital room.

At first she I scared of sharing my horrific ordeal because I was concerned about my reputation but finally opened up.

WHAT IS YOUR OPPORTUNITY COST?

If you are reading this post that means you have a chance to make a change and reconcile with God or if you are lukewarm it’s time to stop playing games with God.

Words alone cannot tell of my torment in hell or the torment of those in hell.

HELL is not a myth, a story, OR a figment of someone’s imagination, HELL IS A REAL PLACE.

A place you would not even wish for your enemies or those who have hurt you most.
(Heb 9:27 ~ And as it is appointed for men to die once, but after this the judgement.)
If we recognize that all earthly things are someday going to be stripped away from us, then the craving for material possessions will matter far less to us now. We should turn away from physical indulgence, for earthly pleasure leaves no permanent gratification.
(2 Peter 3:11 ~ Seeing then that all these things shall be dissolved, what manner of persons ought ye to be in all holy conversation and godliness)

– We should stop giving excuses for God’s work
– We should imitate Christ
– Find out our purpose on earth and fulfil it
– Be part of the move of God in this last days
– Have a consistent walk with the Holy Spirit .

If you were blessed by this test Pls share it. Heaven is real. Hell is real.